City Councillor Jack Ratcliffe, who has served on Kimberley City Council since 1982 except for one term (2008-2011 when he did not run), was awarded the Diamond Jubilee Medal in Council Chambers at City Hall on Monday, November 26, 2012 at 7 p.m. Jack has been a long time member of the congregation of Kimberley United Church and spent many years as the Treasurer and in other roles on church board and council. 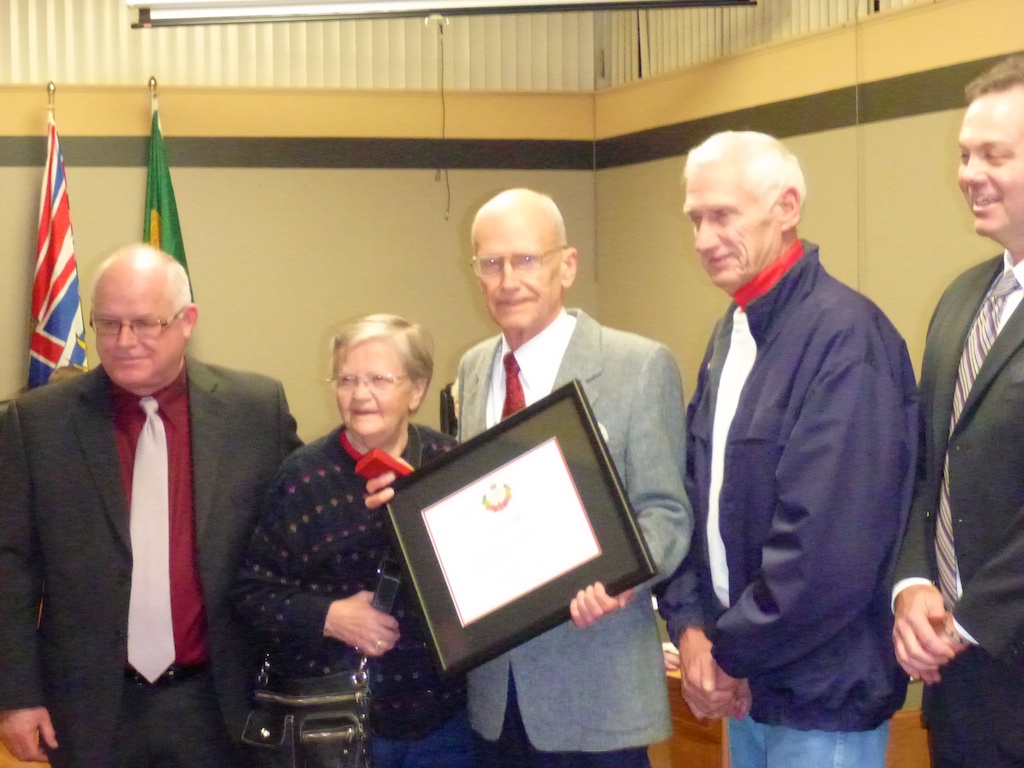 Jack is shown recieving the medal in the presence of wife Rose and brother Jim.

The Diamond Jubilee Medal was created to mark the 2012 celebrations of the 60th anniversary of Her Majesty Queen Elizabeth II’s accession to the Throne as Queen of Canada.  This commemorative medal will be presented to 60,000 deserving Canadians to celebrate significant contributions and achievements and to recognize those who have dedicated themselves to service to their fellow citizens, their community and their country.